This is the story of the birth of Poplar Hill Park, which we believe is a tale that could be duplicated in many other places, to the benefit of your neighborhood, your air, your property values, and your personal satisfaction. In addition to other pages on WayToGarden.net that deal generally with home gardening, this thread will talk about the Park: how it started, how you can do the same, what the challenges and solutions might be, and pictures of what is possible.

Somewhere near where you live there’s a piece of ecological heaven just waiting to be developed. No, not as townhouses, but an underused—perhaps even abandoned quarter acre that is your opportunity to act locally and make a greener environment. And have a great time doing it. This post starts the story of our experience with producing a Park from untended land that was communally own our neighborhood group, but had been allowed to go to a mass of vines. It was actually impossible to walk into the half acre of the property without a machete. 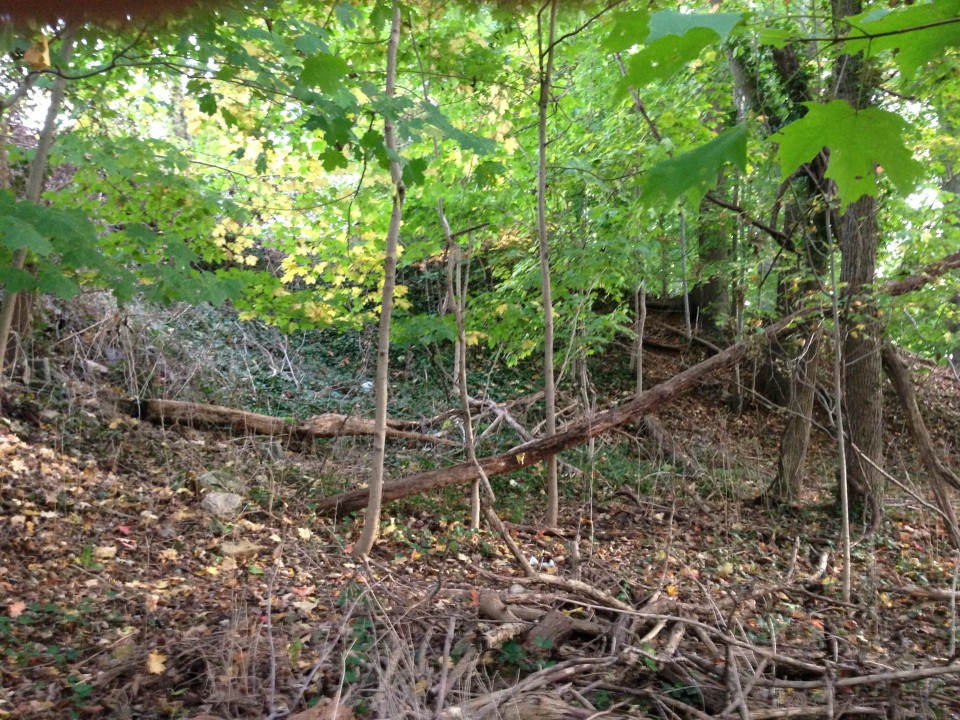 Yet, my neighbors and my family frequently walked by this lot on a prominent corner every week. The busy street along one side of the future Park led thousands of commuters past our neighborhood. Usually we hurried by the corner, as it wasn’t anything but a patch of “grass”, which required the Poplar Hill Association to have it mowed. The city used it to park bulldozers for water main repairs. Sometimes we’d pick up the recyclables as we walked by, but the trash was pervasive. In the winter of 2013, we got interested in the history of that small plot of land. It looks across the Jones Falls (rivers in Maryland are called “falls”) at the Washington Mill, which in the early 1800s was the world’s largest producer of sailcloth, using the available water power. While it is dammed upstream now, periodically the dam bypass is opened and we get to canoe or kayak at 10 miles per hour down this roaring stream for a few hours. Abraham Lincoln used the train tracks visible from the Park to go to Gettysburg for the Address. Falls Road that forms one border was a toll “turnpike” for bringing cows and pigs to City market opening in 1810. So, the larger trees in the Park have seen some U.S. history. After discovering that the land was communally owned, we did a bit of a survey of what was there plantwise. It had an encyclopedia of nasty invasive plants: English ivy (Hedera helix), porcelain berry (Ampelopsis brevipedunculata), multiflora rose (Rosa multiflora), honeysuckle (Lonicera japonica), tree of heaven (Ailanthus altissima), Norway maple (Acer platanoides), and Oriental bittersweet (Celastrus orbiculatus). The defining characteristic of bittersweet is vines that grow to 6 inches in diameter (in the Park they were already 4-5 inches) and form dense thickets. Its vines twist themselves around tree trunks, eventually strangling the host tree. A sixty foot white pine had been dragged down by bittersweet, whose green flowers produce distinctive red seeds, encased in yellow pods, and all parts of bittersweet are poisonous. Just what you want around. Recall that all of these were brought here in the nursery trade (and some continue to be!). 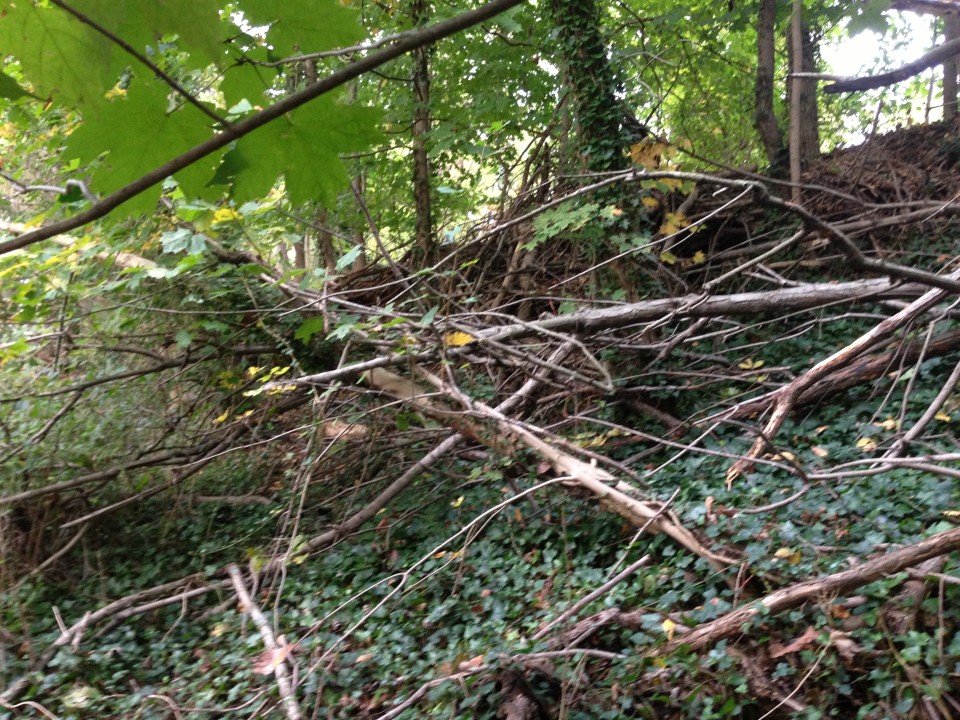 Did we mention that the Park was also over-run with deer? So, the plan we put together was: 1. Get permission from the neighborhood to start—giving a plan of action 2. Use effective means to remove (most of) the plant material and trash/recyclables on site 3. Obtain opinions (free if possible) from knowledgeable persons as to how to proceed 4. Do the hardscape work first: entry, paths, and fencing 5. Make a planting list and apply for grants and donations of plants/shrubs/trees 6. Starting early spring, plant with volunteers In the next few posts, you’ll see how we’ve done in the first year.