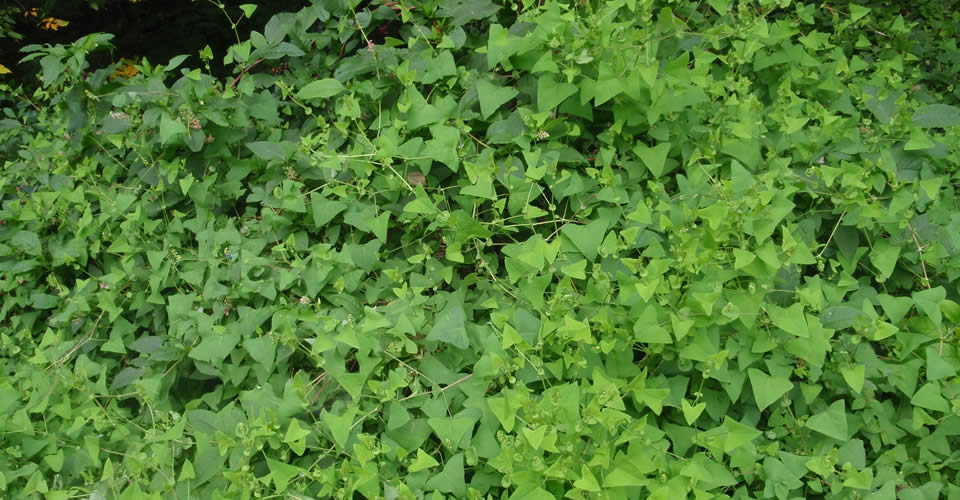 If you have talked to other gardeners or read any articles and blogs, you have surely heard of the dread “invasive” plants. Some talk about these as if they are from another planet, with the worst offenders certainly meriting our respect and fear: Kudzu, mile-a-minute, purple loosestrife, porcelain berry, English ivy, and my least favorite, multiflora rose. The typical story is that these plants generally were brought here from another continent with the idea that they would have a good place in the garden. And then, they got loose in the yards, forests, and farm fields and streams of our environment. Overgrowing everything in their path, producing a monoculture. Some can blanket and pull down full-size trees and destroy the biodiversity that is so vital to keeping our environment healthy.

Any of us who have done invasive removal work in public lands can tell you that it’s easier to keep from planting these beasts than to get rid of them. I’ve spent cold winter days pulling vines from the public watershed and painting their stems with glyphosate to try to minimize their damage. The problem with introducing plants, animals, and bugs into an environment where they have not been part of the overall ecology is that they take over. They have no restraining predators or competing plants or conditions. Soon there’s nothing else there.

Get to know the invasives in your area and get used to removing them. One of the things Cristina and I do on nearly every walk in the garden is to pick out the babies of such horrors before they get started. Our neighbor has a “tree of heaven” (Ailanthus altissima), which invades our garden continuously, both by sprouts from its 100 foot diameter root system and by seeds. There ought to be a law that invasive plants have to stay in their own yards. My bet is that your neighbors don’t recognize these bad guys—some even think they’re wonderful. One January day I was pulling English ivy from beautiful oaks in the watershed and 3 little old ladies practically smacked me with their canes from the walking path for “destroying those nice green plants”. Educate those around you (gently) that there won’t be any nice oak trees if some of us don’t remove these plants. They’re easier to see in the winter, by the way, because any self-respecting native plant isn’t green in January (which is why my daughter the naturalist and I were out there in parka and double gloves pulling ivy in the freezies).

But all plants, like people, have a character. Some are quiet and lethargic, slow to anger, while others will run you over in a minute and just as soon strangle you as look at you. This isn’t something to which we should ascribe “goodness or badness”, it is simply their genetic and ecological nature. And, more important, you can use it to your advantage in your garden. Let’s say you want to have and admire a spring ephemeral plant, Dutchman’s breeches (Dicentra cucullaria). By the way, I don’t know all these Genus species names by heart—I look them up in Google just like any normal human. But if you want to buy or study plants, it is helpful to be sure we’re talking the same language, invented by Linnaeus in his Systema Naturae in 1735. This Swedish dude (who went to Uppsala, where some of my eye researcher friends are the best in the world still) made up a totally useful system for calling things living by a code.

Back to the Dutchman’s pants. This little plant is a beauty, frilly, dainty, and when blooming has a flower in white pantaloons that is hilarious. But, you can’t grow this baby if it doesn’t have a designated space in your garden. It just can’t compete with even the average thug plant, much less the aggressive linebackers in the troop. You need to know where it is and enjoy its splendor, while protecting its space. Or, grow something else. In other words, to have this level of diversity, you should be willing to do some planning and keep track.But let’s say your biggest problem is that area where nothing grows under a deeply shading maple tree. No grass, everything you’ve planted died a quick and painful (for you) death. What to do? There are native plants that are really aggressive and they, our own “invasives” are your solution. Typical examples are wild oats grass (Chasmanthium latifolium) a really pretty 18 inch high guy with oat-like seeds. Or, Solomon’s seal (Polygonatum commutatum), which, like oats grass, will literally smother every other plant in its path in a year, under conditions that favors all plants. Nice sunny, good soil, etc. 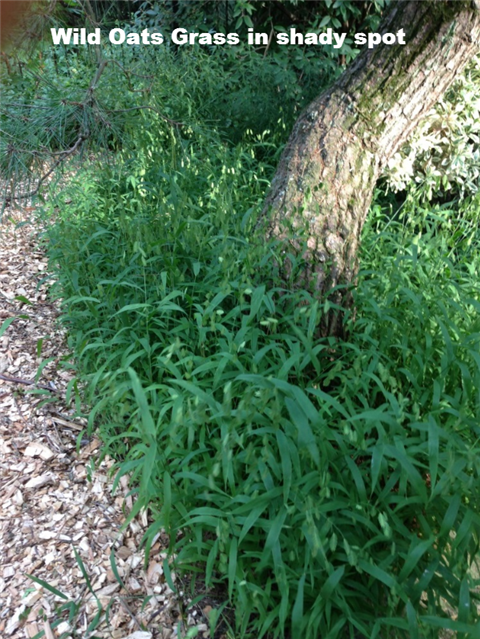 But, back our problem area, Mr. Shade, nothing but moss and mud. Enter the thug, in fact, plant the thug, and you’ll find that you have something growing—not thriving or running over everyone, but at least something green there, where before you had nothing. You’re using the plant’s nature to make your environment better.

Consistent with our move to pretend we’re hip and 21st century, instead of a book to read, we direct you this time to another web site, about invasives: http://www.invasiveplantatlas.org