Crack cocaine, gambling, and internet surfing aren’t America’s biggest addictions, it’s actually the addiction to a green lawn. More American homeowners have grass lawns than have children. Blame it on Frederick Law Olmsted, who designed many parks and green spaces for our cities. His advocacy of green swards leading to the country estate serves as the bedrock for that foreground of the American Dream, The Lawn. He wasn’t the only culprit: Andrew Jackson Downing popularized the democratization of grand lawns fronting the English manor for the American masses (A Treatise on the Theory and Practice of Landscape Gardening, Adapted for North America in 1841). A Gallup Survey reported that 62% percent of U.S. homeowners felt investment in lawns and landscaping were as good or better than other home improvements in improving the value of their home (according to the “Lawn Institute”, an industry web-site with a vested interest in keeping you in lawns).

This is the first in four posts that will deal with the lawn and why and how you should be and will soon be changing yours. We now have many reasons to change the lawn esthetic. It’s happening all over, even in the Northeast, where one wouldn’t have to make a xeriscape argument, since we have 40 inches of rain a year. We’re going to do this in quick stages:

The enormity of lawns: Lawns in the USA occupy 40.5 million acres, so there are three times more acres of lawns in the U.S. than acres of irrigated corn.This means lawns—including residential and commercial lawns, and golf courses, are the single largest irrigated crop in America in terms of surface area, covering about 128,000 square kilometers in all. That’s equal to the land area of the states of Pennsylvania, Delaware and Rhode Island, combined. Grass is the second leading seed crop in the USA (after corn)—and amazingly ahead of wheat, cotton, and other things you can eat, wear, or feed to things you eat (data from: Duke University’s School of the Environment, a NASA sponsored study, and from the Lawn Institute itself). Half of USA residential water is used outside, more than 7 billion gallons. 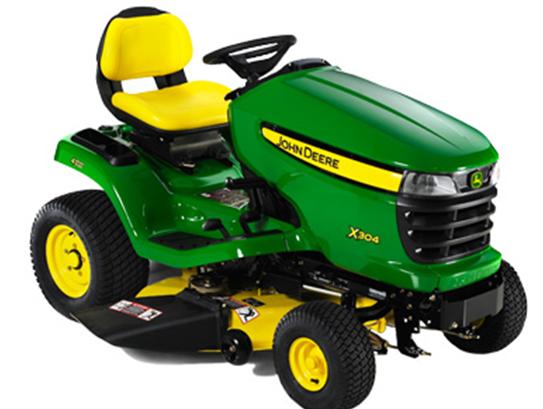 The cost of lawns: Americans spend $30 billion per year on their lawns alone. A standard sized yearly contract for lawn and yard maintenance can be $2,000, including the 32 times when the lawn must be mowed, along with leaf pickup, and “weed” removal. 26 million American homes were serviced by a lawn care company in 2003, while many more DIY. I know that many do not want to go outside in the heat and cut the grass or pour foul smelling fertilizer or herbicides on the lawn. Why not pay someone else to do it? But, this means that most of us are paying, either to a service, or, for the products we ourselves use, nearly 4% of the median USA household income on the lawn. I will argue there’s a better way to spend that cash (or save it for the kids’ education).

The poisons involved: Over 30 thousand tons of synthetic pesticides/herbicides are dumped each year on residential properties, costing $2.6 billion in 2007 (EPA data). While you may think that it’s the farmers using all that stuff, the average homeowner uses 10 times more poisons per area than the average farmer. Of the 32 pesticides routinely used by a major Lawn Service Company, 53% contain known carcinogens, 41% have ingredients banned outside the USA, 22% are known/suspected reproductive toxins, and 13% disrupt the immune system. Do you want the children playing in that? Those little signs on the yard when the tank truck pulls away should say, don’t breathe here, don’t play here, and if you walk across this stuff—clean your shoes before walking in the house.

Dependence on foreign oil: The amount of gasoline burned in mowers and the John Deere beast pictured annually caring for lawns is 800 million gallons. The company says: “A riding lawn mower can make yard work a whole lot easier.” We say: “If you need something like this, your lawn is way too big.” The less efficient two-cycle engines in mowers release 25-30% of their gas unburned into the air (to be taken in by the person walking behind it. According to the EPA, a new gas powered lawn mower produces volatile organic compounds and nitrogen oxide pollution at 11 times the rate of a car. Anyone who ever filled the mower spilled some gas—but annually we spill 17 million gallons refilling mowers, while the Exxon Valdez “only” spilled 10.8 million gallons of crude. The noise pollution of mowers, weedwhackers, and gasoline blowers is so severe that when my neighbors are “cutting” I require sonic earmuffs.

Waterway contamination: Americans use 3 million tons of chemical, nitrogen-containing fertilizer on lawns yearly, at a far higher rate than needed. This often rapidly washes off into streams and waterways (like our nearby Chesapeake Bay), contributing to algal blooms, fish kills, crab losses, and dead zones. Did you know that the runoff rate of rain from grass is 70% as fast as from concrete. You’ve heard of permeable and impermeable surfaces? In Maryland, we’re now being taxed on impermeable surface—but they consider grass permeable? Far from it, and that’s another reason why putting fertilizer (and long-lived poisons) on the lawn leads them to wash into the waterways so fast. By contrast, a planted woodland garden keeps most of the water right there. At the same time, I see many neighbors “bagging” grass clippings. If the clippings were left on the lawn, it would replace half of that fertilizer (free!), and it would store 37 billion pounds of carbon each year—the weight of about 147,000 blue whales. In a landfill, they produce carbon-containing methane, a potent greenhouse gas that puts the carbon into the air, increasing global warming.

The good part: Whew—wasn’t all that depressing? But, I had kids (and now grandkids) and played badminton, croquet, and threw and kicked balls. Some flat grassy areas are fun and needed. The point is to have the lawn if you’re going to use it for those intended purposes, but not to spend 4 hours every weekend tractoring an acre that you never set foot on. Take stock of what you need grass for and keep that as the end-game. The rest is going to be something else. Bottom line: We’re going to reconsider how much grass compared to other alternatives you might have. The real reasons to change from dominant lawn are many.

It isn’t a choice between the perfect green lawn and “weeds”. There are many fine alternatives, none of which involve having the building code police showing up at your house, nor leaving your neighbors to think that you’re about to park a pickup on cinderblocks in the front yard.

I couldn’t possibly make up all these facts–here’s the sources:

Milesi, C. et al. (2005) Mapping and modeling the biogeochemical cycling of turf grasses in the United States. Environmental Management 36: 426-438.
This definitive study shows the size of the lawn problem in USA now, and was paid for by the NASA budget, your tax dollars doing something good.

Outdoor Water Use in the United States
www.epa.gov/watersense/pubs/outdoor.html

A Source Book on Natural Landscaping for Public Officials
www.epa.gov/glnpo/greenacres/toolkit/chap2.html